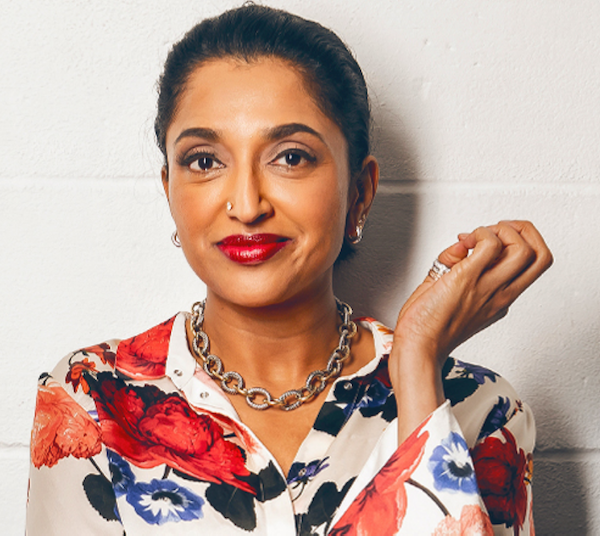 This event will be streamed online

This event takes place in Zoom. You will be emailed a joining link when you have booked your ticket - if you don't receive the confirmation within a few minutes please email info@livetoyourlivingroom.com

Please note that the artists appearing may be subject to change.

Born and brought up in India, Sindhu Vee is now based in London and splits her time between comedy and raising her three children – and gigantic labrador. She was nominated for best newcomer at the 2018 Edinburgh Comedy Awards and made the finals of the BBC New Comedy Awards in 2016.

David Eagle is one third of three-time BBC Radio 2 award-winning folk group The Young’uns. He is also a stand up comedian, and was awarded New Comedian Of The Year by Leicester Square Theatre, Bath Comedy Festival and Nottingham Comedy Festival. He has supported comedians such as Reginald D. Hunter, Romesh Ranganathan, Tom Wrigglesworth, John Robins and Boothby Graffoe. He sings, he plays piano and accordion, he DJs, he podcasts, he tells jokes, shares stories, and if you chuck in a few extra quid he might do you his sexy dance.

Runner up for just about every award going, including BBC New Comedy Award, and organiser of Kill For A Seat comedy nights. 'Supremely talented musical comedian’ (www.BroadwayBaby.com) 'Rarely on TV, occasionally on radio. The title is unrelated. It just made me laugh' (Three Weeks) 'Your funny best friend, only funnier’ (The Herald) 'Honest, heartfelt, slickly delivered, irresistible and, yes, occasionally disturbing stand-up...Relatable, warm and crucially very funny' List 'Equally at home as a compere or main act, Silky has consistently proved himself one of the best and most reliable performers around. Highly recommended' (Leeds Guide) 'Considered and clever: excellent timing and dry delivery revealed a comic at the top of his game' (352 Magazine Luxembourg) 'Always brilliant’ (Metro) '... a very, very funny fella... just brilliant' (John Bishop) '... Silky whose irresistible stage persona combines angriness with silliness. He has a mastery of the descriptive phrase and his mix of self-deprecating wit, music and gently quirky material brings audiences together in?tears of laughter (Funhouse Comedy).